The Bitterness of Poor Quality Linens

In my early days as a linen sales representative on the road, I remember waiting for what seemed like hours in claustrophobic dungeon-like housekeepers’ offices underground the bustling pavements of St James and Mayfair. These hotel nerve centres were chaotic places, piled high with paperwork, damaged pillowcases and charging stations for old fashioned beepers amongst ashtrays full of half smoked Silk Cuts.

But somewhere on the Head Housekeeper’s seemingly disorganized desk was always a large leather bound book embossed on its spine with the words “LINEN LEDGER” in peeling gold foil. The feint ruled pages inside these books contained reams of handwritten lines recording every wash of every item of linen in the hotel’s par stock. 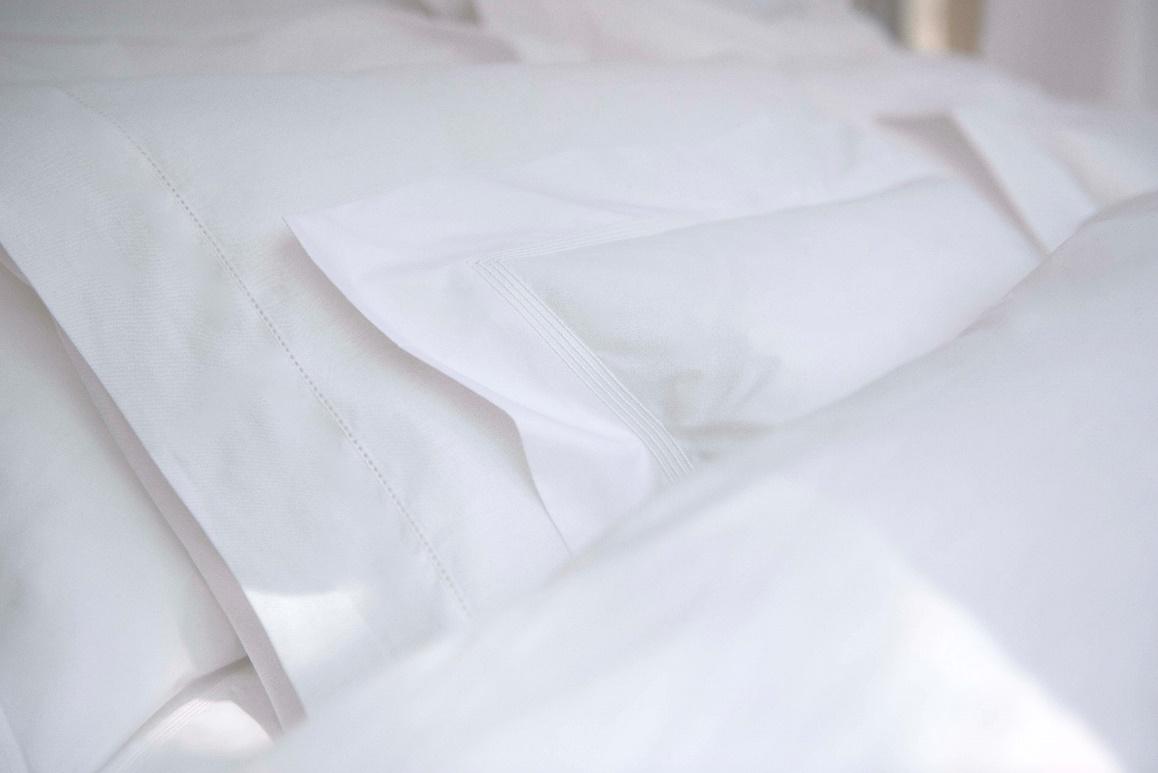 For an individual pillowcase each entry recorded the date of purchase, the supplier, size and cloth specifications and every separate laundering of the item – the date it left the hotel, the laundry name and when it returned. These bibles of hotel linen inventories were truly works of art, passion and dedication compiled by teams of young (usually Irish in those days) chambermaids who toiled night and day underground and out of sight of their oblivious guests upstairs.

For the linen salesman, the hotel linen ledger was a frightening adversary. It recorded with unstinting accuracy the durability and reliability of your company’s products – pillowcase by pillowcase, sheet by sheet and napkin by napkin. The housekeeper could see at a glance how your linens had performed compared to your competitors and could instinctively understand how the old saying “you get what you pay for” applied to your company’s products.

Though they didn’t know it at the time, and certainly didn’t call it by an acronym like CPW (“Cost per Wash”), housekeepers in the 1970’s knew precisely how long differing fabrics were expected to last in laundering. For a 180 thread count pure Egyptian cotton percale bed sheet, they would expect at least six hundred boil washes – or five to six years use in a normal occupancy scenario. For double damask Irish linen banqueting napkins used daily, they would expect about half that lifetime – and less for those used by lady dining guests where lipstick stains required an immediate soak bucket placed inside the kitchen swing doors. 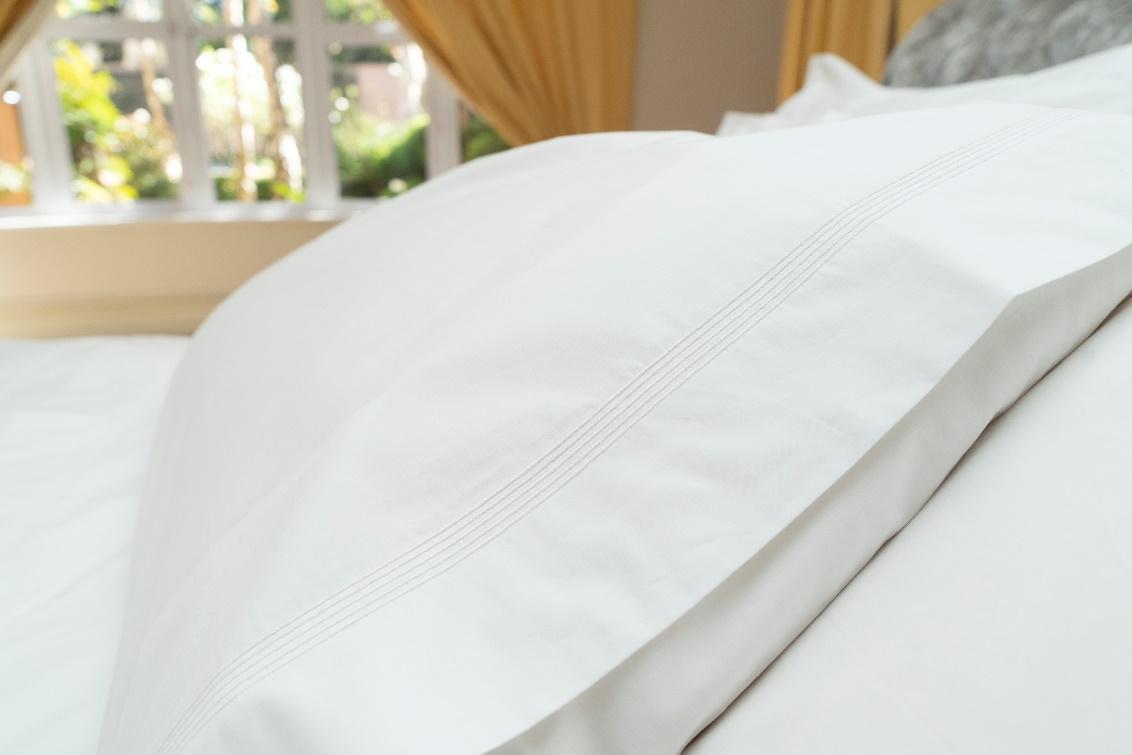 Fifty years later Executive Housekeepers have now traded in their chatelaines for security swipe cards, and their desks have become paperless and occupied by screens in place of the piles of ledgers. In many ways these new work tools can be judged as progress in our evolving digital internet world. But in the case of hotel linen procurement and management, a key piece of information has been lost – those painstakingly recorded statistics of individual linen usage, or CPW data.

In the absence of this data, linen inventories have moved from the status of being a medium term asset to that of a consumable. From an investment in quality and comfort which would last five years, to an expense for a season which is now budgeted on a regular replacement basis. Cheap short staple cotton bed linens have become easier to justify at purchasing budget meetings as opposed to more expensive long staple fibre products which last three times as long in commercial laundering. Why?  Because the empirical data from the Linen Ledger is no longer available to refer to at those budget meetings.

For the luxury linen salesman his job has become harder. Like many things in the modern world, his selling argument is now more about initial price rather than the quality and lifespan of his product. Like the vintner who first sold wine to a Far Eastern client – he struggled to justify why a fine Bordeaux was more expensive than a blended Red; to his client they both tasted similar, but it was only after a few bottles of each that they would experience and compare the headache and hangover of the cheaper plonk.

Undeterred by the modern era of uninformed housekeepers, I have developed my explanation for why Reed sheets cost three times the price of cheaper products. “Simple”, I say. “The Cost per Wash Index of a Reed set of bed linen is generally less than 10 pence per night. Yes, that’s right! Ten pence out of a typical London room rate of £275 per night, or less than point zero four percent of the revenue. 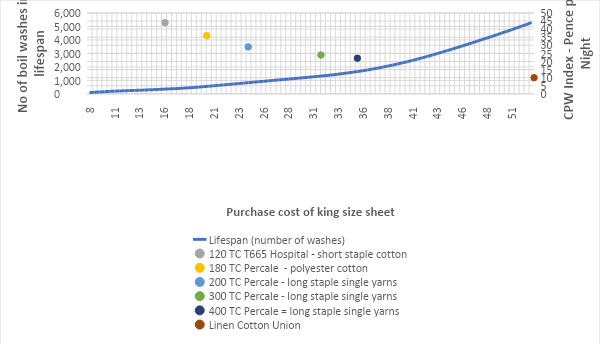 It sometimes takes a few explanations before the penny drops. “So, I should tell my GM that buying a £24 king sheet is better value than a £14 item from the Far East?” they exclaim. “Exactly because it lasts five times longer – and is hence cheaper per night - plus it will be much more comfortable for your guests to sleep in,” I reply. “A real no brainer……”.

Or as Benjamin Franklin famously said: “The bitterness of poor quality remains long after the sweetness of low price is forgotten.”